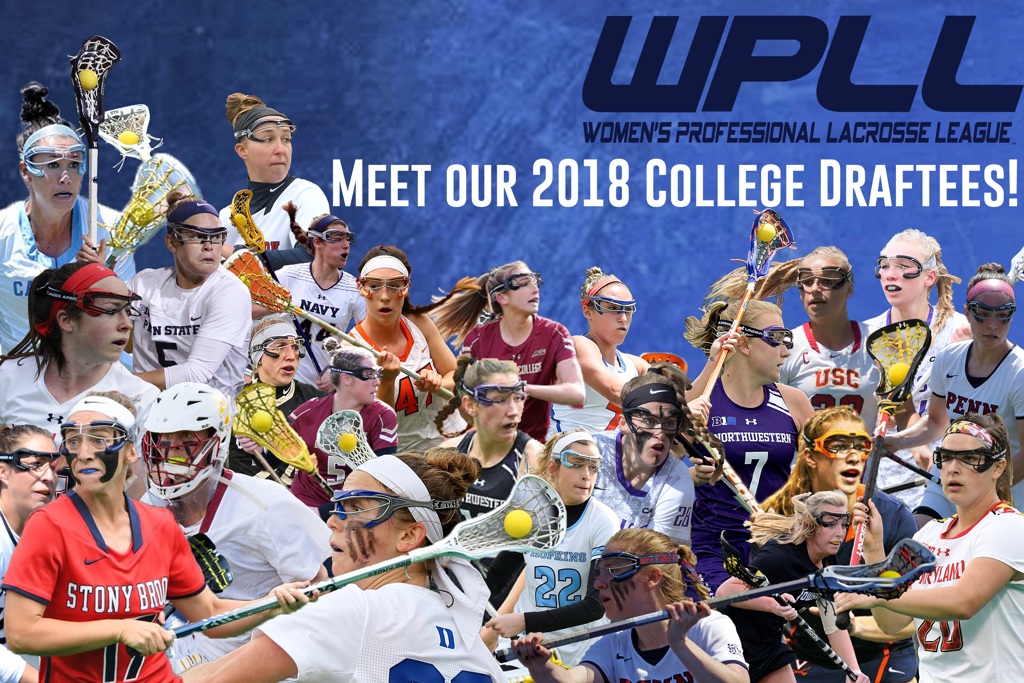 “We are so excited to invite our 2018 college draftees to the league. We wish players that are playing in the NCAA championship luck, and hope that they and their teams end their season on a high note. Now their senior season finishing doesn’t mean that their lacrosse career has ended, as they are welcome to continue playing in the WPLL this summer,” explained WPLL CEO and Founder Michele DeJuliis. Players selected in the WPLL Collegiate Draft will also have the opportunity to directly impact youth players across the country through the WPLL Futures program.

Players selected in the 2018 Collegiate Draft join a list of already talented WPLL players. Athletes currently signed to the WPLL are some of the top players in the world of lacrosse, having earned 115 All-American Awards and 8 Tewaaraton trophies. 34 WPLL players have won NCAA championships and the league includes 9 current members of the US National Team that won the 2017 FIL Rathbones World Cup. The WPLL, which will play its first season this summer, is made up of five teams: the Baltimore Brave, New England Command, New York Fight, Philadelphia Fire, and Upstate Pride.

The WPLL’s 13 game inaugural season season starts on June 2nd with the New England Command taking on the New York Fight as part of the Impulse Lacrosse Tournament at Our Lady Good Counsel High School in Olney, MD at 12:30pm and the Baltimore Brave taking on the Philadelphia Fire at 4:00pm ET at Navy-Marine Corps Memorial Stadium in Annapolis, MD. Fans that live far away from WPLL games won’t be left out, as all games will be streamed across the league and LaxAllStars social media accounts. Find a full schedule for the WPLL’s inaugural season here.

Full List of Drafted Players by Order of Selection: